All five species of sea turtles that live in U.S. waters are listed as threatened or endangered under the U.S. Endangered Species Act, and a changing climate is making things even more challenging for sea turtles.

Sea turtle sex is determined by nest incubation temperatures. Warmer temperatures create female turtles, and cooler temperatures produce male turtles. According to research by Dr. Camryn Allen of NOAA’s Southwest Fisheries Science Center, the green turtles in San Diego Bay were found to be primarily females, and the younger turtles were up to 78 percent female. The concern is that climate change and rising temperatures are creating less and less males in this and other sea turtle populations. If this trend continues, there may not be enough males to maintain genetic diversity. Either sea turtles change their nesting behavior or season of nesting to avoid warm temperatures, or conservation efforts are their only hope!

And it’s not just the green turtles! 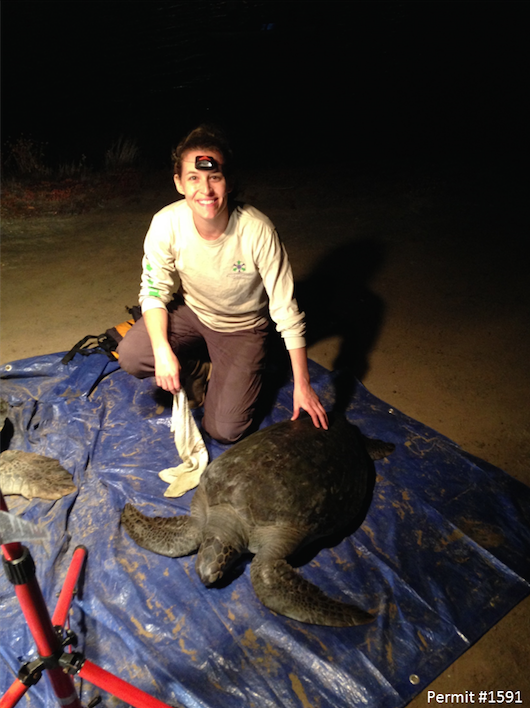 Loggerheads are found throughout the North Pacific, but along the coasts of the eastern Pacific they are primarily observed along the coast of the Baja California peninsula in Mexico. As ocean temperatures are rising, such as during this year’s El Niño, juvenile loggerheads are starting to appear along Southern California’s coast. NOAA scientists recognized a unique opportunity to research the species. Ocean Connectors’ Advisory Board Member Dr. Jeffrey Seminoff was one of three biologists leading the research team that has been studying this phenomenon of loggerheads in southern California, and in July 2015 wild loggerhead sea turtles were caught offshore and sampled, weighed, and measured for the very first time in Southern California. One was even fitted with a satellite transmitter!

Thankfully, sea turtle conservation efforts are gaining momentum. A meeting was held in January for the Trinational Recovery Plan for North Pacific Loggerhead Sea Turtles. This initiative is the start of a relationship with Japan and Mexico designed to conserve and recover North Pacific loggerheads. Green turtles in the eastern Pacific have made a remarkable recovery over the last couple decades due to similar multi-national efforts, and the hope is that loggerheads follow the same path!

Sea turtle education is also gaining momentum. Ocean Connectors is working to spread awareness about sea turtles through our youth education programs and eco tours in San Diego, California and Nayarit, Mexico. One of our partners, the Living Coast Discovery Center, is unveiling a new green sea turtle educational exhibit.